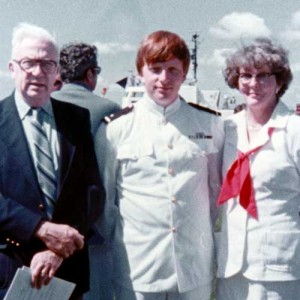 I studied Marine Engineering at Massachusetts Maritime Academy. I loved the idea of using an engineering degree to do practical, hands-on work.

As part of my course work, I did summer cruises. Think long hours in the hot engine room of a ship and not umbrella drinks next to the pool. I got to see Europe and the Caribbean.

My senior year, I went on a commercial ship from New York to South Africa. We were supposed to come home, but ended up detouring to Brazil to pick up another load.

I got an up-close look at real life at sea. The pay was great, but you were away from your family for three to six months at a time. I decided that I would look for a land-based job. 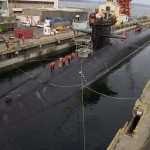 There were plenty of opportunities for MMA grads.

My hands-on marine engineering training gave me a unique skill set. I was used to working around ships, so after graduating in 1981, I went to work at General Dynamics Electric Boat in Groton, Connecticut.

I oversaw a crew building and testing nuclear submarines. I learned a lot about safety and heavy construction – and even became a proficient welder.

The work was rewarding and challenging, but five years of long hours and rotating shifts took a toll on my family. 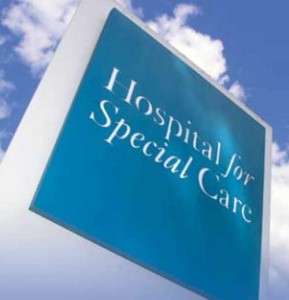 In 1986, I went to work at The Hospital for Special Care in New Britain, Connecticut, one of the five largest long-term acute care hospitals in the United States. At the time, they were undergoing a transition in both care and facilities usage.

I was brought in to oversee the facilities, laundry, and security. During my tenure, I ended up with responsibility for engineering, maintenance, and plant operations at this 405- bed teaching hospital.

I also had the opportunity to create a complete master plan for overhauling the infrastructure. I am grateful for the chance they gave me to transition to healthcare facility management. 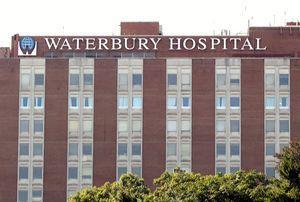 After The Hospital for Special Care, I went to work for Waterbury Hospital in Waterbury, Connecticut in 1989.

While at Waterbury, I managed 600K sqft and was responsible for six departments including maintenance and engineering, plant operations, on-site laundry, space planning, grounds and landscaping, and property management of multiple locations.

I led the development and implementation of a facility-wide infrastructure master-plan, designed and installed new diagnostic and clinic space, and constructed an on-site childcare building. 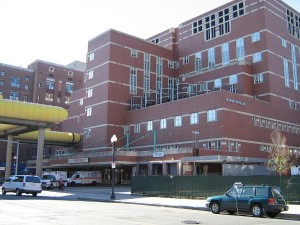 With our extended family in the Boston area, when an opportunity arose to move closer, I took a job at Boston University Medical Center Hospital (now Boston Medical Center)  in 1993.

While at BMC, I managed six union and non-union departments including plant operations and maintenance, space planning, design services, clinical engineering, construction management, environmental health and safety, and epidemiology. With 350-beds and nearly a million square feet of space, this was a challenging job that came with a $7M operational budget and a $10M capital budget.

I began as a Facility Manager for Boston University Medical Center in 1993 and was promoted to General Manager in 1994. With the promotion I was additionally responsible for environmental services, food and nutrition, real property, security, parking, and grounds with an increased budget responsibility of $20M operational and $10M in capital.

Construction projects included new medical suites and diagnostic units, upgrades to facilities, and a complete decontamination of 100,000 sqft of smoke-damaged medical office space in only 7 days.

A bigger challenge in MetroWest Boston 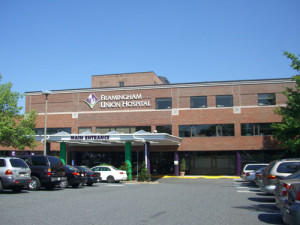 MetroWest has two hospitals (Leonard Morse Hospital in Natick, Massachusetts and Framingham Union Hospital in Framingham) and 15 additional wellness, rehab and patient-services sites in the Metro-West region of Boston, Massachusetts. The hospitals had just come under the ownership of Tenet Healthcare. It was an interesting time and challenging to be part of a for-profit medical company.

I was brought in as part of the new management team and was given extensive duties including directing multiple departments within the General Services Division. Part of my responsibilities including directing a business process mapping and re-engineering special project for the Laboratory and Radiology departments. The project identified combined annual savings of $750,000.

I also supported the development, licensing and implementation of two new multiple program satellite sites that included a free standing MRI, Women’s Imaging, Health & Fitness and a Senior Health Center. I supported the Medical Center through its 1997 JCAHO accreditation achieving a score of 96.

During my tenure, I was responsible for entire property management program for both off-site and on-site leases and licenses. While there, construction projects included a new maternity suite, new pediatric emergency department, new medical and diagnostic space, a complete fire alarm and sprinkler refit, an adolescent psychiatric unit, an ambulatory care unit, and a linear accelerator. 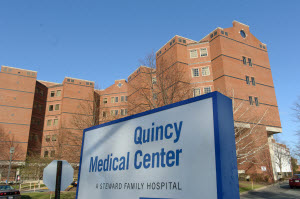 I was finding that I enjoyed the challenge of helping medical centers that were in a turn-around.

Quincy Medical Center had just be divested by the city of Quincy Massachusetts to be a stand-alone facility and was undergoing change – and on the brink of closure.

Quincy was much closer to my home and I knew that I could make a difference there.

At Quincy Medical Center, I was responsible for 282-beds and 400,000 sqft of space with a budget of $12M. So in August 2000, I came on board as a Vice President of General Services (promoted to Senior Vice President).

I am proud of what I accomplished there including expanding business revenue streams: 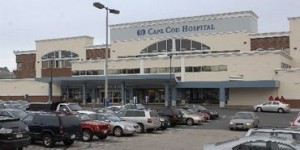 In 2010, our kids were through high school and an interesting opportunity opened up to move to Cape Cod, Massachusetts.

Cape Cod Healthcare, the primary health organization on Cape Cod was expanding and my skills in construction and project management were a good fit.

From 2010-2015, I was busy building and renovating nearly 1.2M sqft. With two hospitals (Cape Cod Hospital in Hyannis, Massachusetts and Falmouth Hospital in Falmouth Massachusetts) and dozens of outpatient, urgent care, and diagnostic offices scattered over the entire length of Cape Cod, this has been a challenging job.

With a budget of $100M in construction and renovation projects, including an new emergency department (which is one of the busiest EDs in the state of Massachusetts), facility upgrades, and newly-built diagnostic and urgent care facilities, Cape Cod Healthcare is not only expanding its services, but is also strategically locating services on a long, skinny, peninsula where getting to care can be an issue.

As Corporate Director, Real Estate and Construction, I was fortunate to work with a visionary, dedicated leadership team who are transforming healthcare on Cape Cod.

On the move again…back to be near the kids 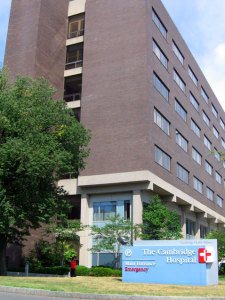 As much as we loved living on the Cape, the truth was that we rarely saw our kids. They had busy lives in the Boston area, and getting down the Cape for visits requires planning and a willingness to sit in traffic or travel a crazy early or late hours. Family comes first.

In the summer of 2015, I accepted a new challenge at Cambridge Health Alliance.

Cambridge Health Alliance (CHA)  is a network of three hospitals – Cambridge, Somerville, and Whidden Memorial in Everett – which provide full-service medical care to our community. CHA also has 15 primary care practices located in Cambridge, Somerville, Malden, Medford, Chelsea, Revere, Everett and Winthrop, MA. CHA also operates the Health Department for the City of Cambridge and many outreach programs to serve the needs of our diverse patient population.

Cambridge Health Alliance is a great fit for my skills and I am proud to be able to help with their ongoing mission to provide healthcare to people who need it most.

A different chance to consult is my next move

In January 2020, I took a job with the Joint Commission on the “consulting side” of their business. This is a perfect fit for my wide-ranging experience and desire to help all facilities managers succeed in this challenging culture.

I look forward to meeting other health care professionals around the country and help them create the best possible facilities and practices for their patients, staff, and administration to thrive and deliver healthcare.

I would love to connect with people I work/ed with or met through my many professional and personal groups. The easiest way is to reach out to me on LinkedIn. I am a very active user and member of several work and professional groups.